Chuck Coolidge, Principal and Business Development Director for Lincoln has 15 years of political and corporate campaign experience, both internationally and in almost every U.S. state.

As a goal-oriented, creative problem-solver, Chuck thrives under pressure and with complex challenges. As Lincoln’s Business Development Director, he seamlessly analyzes the data, thinks strategically and tackles the problem turning chaos into solutions and a path forward. 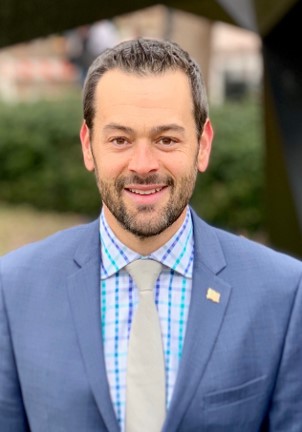 clientele to capitalize on the unique value and logistical propositions Lincoln offers. He also actively nurtures relationships with prospective clients by being well-informed of industry news and market trends creating a pipeline of business opportunities.
He leads across the organization by working with product teams and business disciplines (sales, marketing, finance, legal, operations and PR) to develop, implement, and evaluate Lincoln’s new products and offerings.
Chuck spent two years as US Senator John McCain’s Press Aide and Southern Arizona Outreach Correspondent before transitioning to Lincoln Strategy Group in 2006 to manage several get-out-the vote (GOTV) projects. He then moved into the public affairs field, developing strategic initiatives for corporate clients, grassroots, operation management, corporate social responsibility campaigns, brand marketing and initiative efforts.
Chuck serves as the Phoenix Men’s Art Council Board Member & PMAC Chairman, Board Member for the Tempe Boys & Girls Club, and President for the 1820 Investment Group. He also volunteers his time for a non-profit foundation for secondary education in Turkmenistan.
He has a Bachelor’s degree in Political Science from The University of Arizona. He’s also a Leadership Institute Graduate and an alum of Valley Leadership Class 37.
Back to Our Team